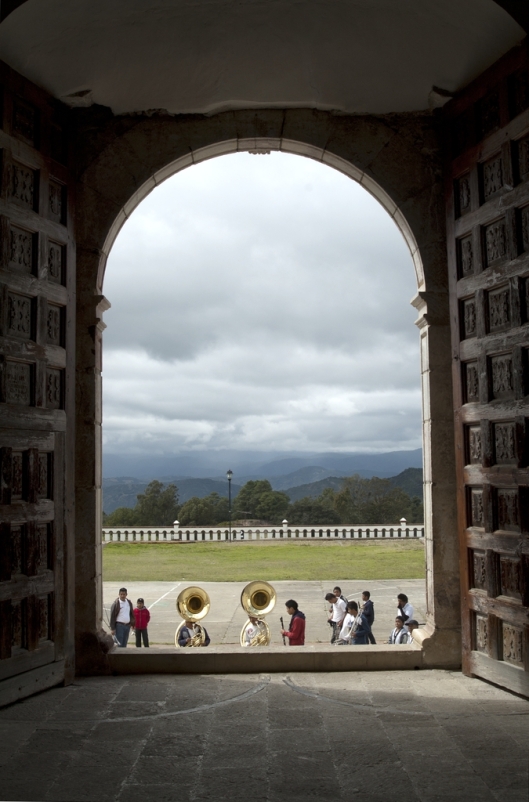 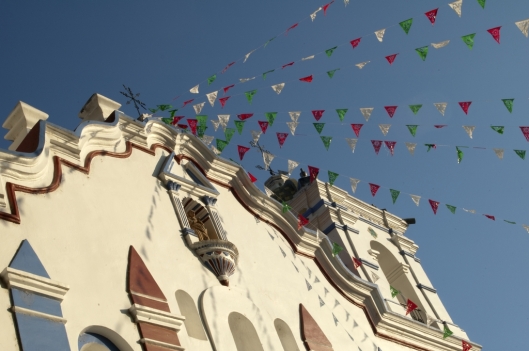 Considering that Mexico has recently overtaken South Korea’s record of the largest number of hours that a worker spends at work per annum [according to Key tables from OECD], the country still manages to beat everyone in the world with the largest amount of festivals, fairs and feast days in the world. Apparently, if statistics are to believe, according to the Mexican Department of Tourism, there are around 5000–6000 known fiestas celebrated each year in Mexico [Franz & Havens 2006: 307].

An interesting observation on celebrations and fiestas in Mexico comes from the country’s most celebrated writer, Octavio Paz (1914–1998), the Noble Prize winner for literature in 1990. In the opening paragraph of his essay ‘The Day of the Dead’ – one of the nine essays compiled in his highly influential philosophical work, The Labyrinth of Solitude (‘El laberinto de la soledad’) (first published in 1950) – he says that:

The solitary Mexican loves fiestas and public gatherings. Any occasion for getting together will serve, any pretext to stop the flow of time and commemorate men and events with festivals and ceremonies. We are a ritual people, and this characteristic enriches both our imaginations and our sensibilities, which are equally sharp and alert. The art of the fiesta has been debased almost everywhere else, but not in Mexico. There are few places in the world where it is possible to take part in a spectacle like our great religious fiestas with their violent primary colors, their bizarre costumes and dances, their fireworks and ceremonies, and their inexhaustible welter of surprises: the fruit, candy, toys and other objects sold on these days in the plazas and open-air markets. [Paz 1985: 47] 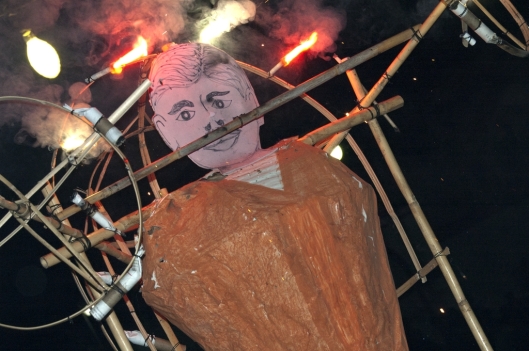 A key work in understanding Mexican culture, this collection dissects the character of his countrymen, describing them as hidden behind masks of solitude. “Paz observes that solitude is responsible for the Mexican’s perspective on death, ‘fiesta’, and identity. Death is seen as an event that is celebrated but at the same time repelled because of the uncertainty behind it. As for the fiestas, they express a sense of communality, crucially emphasizing the idea of not being alone and in so doing helps to bring out the true Mexican that is usually hidden behind a mask of self-denial. This represents the way in which the Mexicans have inherited two distinct cultures, the indigenous and the Spanish, but by denying one part of their identity, they become stuck in a world of solitude.” [Wikipedia]

a.) Días Feriados or Días de asueto (‘Statutory holidays’) – A number of national and public (bank) holidays that are legislated through the Federal government, decreed by statute and ruled by the Federal Labour Law (Ley Federal del Trabajo). Employees are entitled to a day off with regular pay and schools are closed. When a statutory holiday falls on a Sunday or a Saturday, Monday or Friday, respectively, is considered a day off. There are currently 10 statutory holidays. With the exception of Año Nuevo (1 Jan), Jueves Santo (‘Maundy Thursday’) and Viernes Santo (‘Good Friday’) (varies), Día de Nuestra Señora de Guadalupe (12 Dec) and Día de la Navidad (25 Dec), 5 of them are associated with modern historical events from the 19th century, known as Fiestas Patrias (‘Patriotic Holidays’): Día de la Constitución (5 Feb (*6 Feb 2017)), Natalicio de Benito Juárez (21 Mar (*20 March 2017)), Día de Trabajo (1 May), Día de la Independencia (16 Sep), and Día de la Revolución (20 Nov). Additionally, there is also Transmision del Poder Ejecutivo Federal (1 Dec) every 6 years (next time on 1 Dec 2018). However, the Independence Day is the most important public holiday in Mexico.

As Mexico’s population today is, by and large, Roman Catholic (91% according to the 2010 census), the country’s major holidays, therefore, correspond to the church calendar. The Roman Catholic Church uses the Gregorian calendar (i.e. Western or Christian calendar) as the basis for its liturgical calendar that defines the liturgical year – also known as the Christian year – and sets Christian seasons in accordance with the Roman Rite. The liturgical year is divided into an annual cycle of seasons that determines when feast days – celebrations of saints (see ‘saints by date’ in calendar and in list formats) and the mysteries of the Lord included in the document General Roman Calendar – are to be observed, and which portions of Scripture are to be read. According to the Catholic Encyclopedia:

Feast Days, or Holy Days, are days which are celebrated in commemoration of the sacred mysteries and events recorded in the history of our redemption through the life of Christ, in memory of the Virgin Mother of Christ, or of His apostles, martyrs, and saints, by special services and rest from work. A feast not only commemorates an event or person, but also serves to excite the spiritual life by reminding us of the event it commemorates. Every religion has its feasts, but none has such a rich and judiciously constructed system of festive seasons as the Catholic Church. The succession of these seasons form the ecclesiastical (liturgical) year, in which the feasts of Our Lord form the ground and framework, the feasts of the Blessed Virgin and the Saints the ornamental tracery.

The liturgical year, therefore, centers on the life of Jesus Christ that begins with the season of Advent (4th Sundays before Christmas ending on Christmas Eve) and is followed by other seasons in order: Christmastide (12 Day-Christmas season beginning with Midnight Mass when Christmas Eve becomes Christmas Day and finishing on the Feast of the Baptism of the Lord), Ordinary Time (Time after the Feast of the Baptism of Jesus Christ ending on Shrove Tuesday), Lent (a 40-day period before Easter beginning on Ash Wednesday and finishing on Holy Thursday), Easter Triduum (a period from Eve of Holy Thursday to Eve of Easter Sunday), Eastertide (7 week-Easter season beginning on Easter Sunday and finishing on Pentecost Sunday) and Ordinary Time (Time from Pentecost until 1st Sun of Advent).

However, the religious festivals in Mexico represent a fusion of pre-Hispanic traditions and Catholic beliefs. Following the Spanish Conquest (1519–1521), the Catholic Church adopted indigenous customs and rituals in order to incorporate them into their own practices so that it could propagate the new faith to the indigenous population. For this reason, there are many special traditions in Mexico, for instance, surrounding Christmas – some of which originated in Spain, while others developed due to the country’s particular history. Although, officially, the Christmas season beings on 12 Dec – with celebrations related the patroness of Mexico on Día de Nuestra Señora de Guadalupe (‘Feast of Our Lady of Guadalupe’) – and finishes on 6 Jan with Día de los Reyes (‘Three Kings’ Day’ or ‘Epiphany’), the season is not really over until Día de la Candelaria (‘Candlemas Day’) on 2 Feb.

In addition to the national, public and civic holidays, as well as major religious festivals, there are also festivals related to agriculture. Also, there are many regional and local celebrations. For instance, every community has its own fiesta – each town has many local saints (the main one for the city or town plus each quarter has its own), which are celebrated on their feast days. Some feast days are a focal point of major festivals. Many cities or towns also host food and drink festivals, harvest festivals, as well as local, regional, national and international fairs, trade shows, arts festivals, and so on. 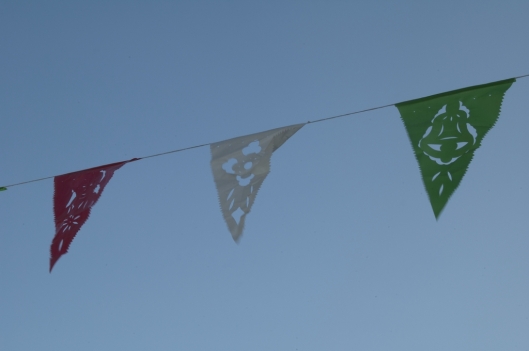 Under ‘Calendar’ page [click here], there is just a handful selection of events arranged as a yearly calendar. The list will grow throughout the years of 2017–8.